If in life, you find a few friends that will share your laughs and your sorrows, well, that’s it, that’s all.  Years ago, when I moved to the Upstate, I found a small group of women who would hold me up, because parenting and adulting (as the young kids say) is hard. We been friends ever since.  Our normal routine is a Friday lunch together. We don’t all make it every time but it’s a standing date that is a touch-point for me.

In an attempt to be more adventurous, I decided to show them Clayton, Ga.  They don’t often travel to my side of Oconee County much less venturing into Georgia!

First stop was Chattooga Belle Farms.  Just a quick walk around to show off the view.  While we were there, the local neighbor flew in for a visit.  We didn’t stick around to chat, but evidently he’s a regular visitor.  Just sets in down between the muscadine vines.

They are preparing for a big Solar Eclipse festival on August 21st.

I’m planning on being there!

On to Clayton, where there just wasn’t enough time to wander and meander but we gave it a good try!  Fortify Pi was first. 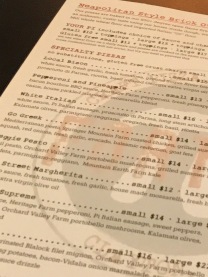 Fortify’s pizza (and all their food) is to die for.  Menu changes based on seasonal offerings.  Tip – Don’t go if you are dieting because you just won’t be able to resist it!

Sitting at U-Joint, we realized it was 5:30 pm and the menfolk would be getting worried, so we hustled back to South Carolina.

Upon our return to the farm, we had a small altercation between a farm vehicle and a luxury SUV.  Yes, that’s right.  I’d can’t really tell the entire story, but know that IT WASN’T ME!!!!  That is the biggest miracle.  So let’s end that story with, thank God for Chastain Insurance!

I made it back to Westminster in time for Music on Main, which occurs in Westminster, SC every first Friday between October and May.  The young and old come out to dance. 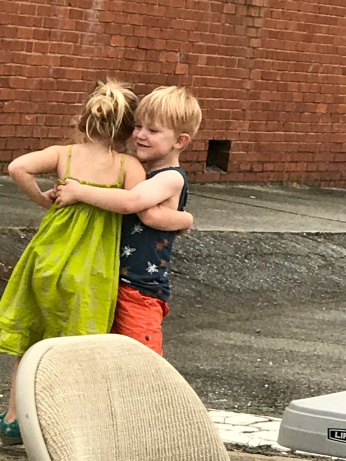 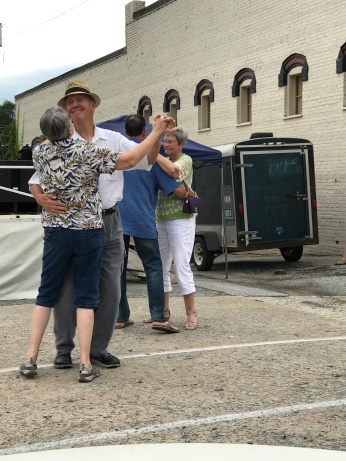 We love this event.  Music, neighbors, food and beer.  What’s not to love.

Friday comes to a close but the weekend is just starting.

View all posts by marjoriehsc